About Garden of Eden Cabins

Lovely, secluded cabin on the creek! Lulled me to sleep every night. Hated to leave! Great manager! No issues. Clean & well stocked. This is a serene, peaceful place. Go there to enjoy nature, fishing, the beautiful gardens etc. Can't wait to go back!!

chris was so friendly and made our vacation great. cabins are awesome and in a great location. quiet and secluded but still close to gatlinburg. will definitely be back!

This is my favorite place to stay hands down. Secluded setting but close to amenities. I stayed in the honeymoon cabin. It was rustic and well taken care of. If you want fancy this is not it. Don't forget to try the food at the convenience store down the road.

We loved the waterfall cabin. We will definitely return.

My husband and I stayed in the honeymoon cabin last week and after going back and forth on if I should or shouldn't write a review everyone that we have showed our pictures to have convinced us that a honest review is necessary for possible future renters. (Pros) We wanted seclusion and this cabin definitely delivered on that, so A+ on that. (Cons) Inside the cabin(kitchen) We were only given 3 plates to eat off of. Not horrible, but supposedly the cabin sleeps 4, so one would assume that there are at least 1 plate person. The clock didn't work at all. Once again not a huge problem, but it's just another example of minor things that accumulated. There were a few dishes left in the sink when we arrived. (Living room) There were 4 windows(2 sets) on opposite walls in the living room and we weren't sure what was on the windows, but it wasn't anything that we could wipe away. It was something permanent that made it impossible to see out the windows. The overhead living room light didn't work, so they put a nail into the wall and hung a construction type spot light for us to use. In the front closet there was a ironing board, but no iron. 2 space heaters, one of which had to remain out since it was hooked up the wall/propane, but the second heater should have been put away in a closet in order to free up space since it obviously won't be needed until cooler weather arrives. The front door didn't have a screen on it, so we were never able to enjoy a breeze coming through the cabin. The only door that had a screen was the one that read Emergency Door ONLY, so we couldn't open that one. (Bathroom) We had to buy toilet paper, because they didn't leave us enough. I had to put a towel up to the bathroom window, so no one could see in since there wasn't any blinds or curtains. They did leave us plenty of towels though. (Bedroom) Although the bed was really soft unfortunately it kind of caved in in the middle on the right side. So whoever slept on that side would always end up on top of the one on the left. There was a radio in the room, but it played cassette tapes. There was only 1 hanger in the closet, I ended up leaving a couple of mine for the next renters. There were 3 windows in the bedroom and only 1 of them we could see through. (Outside) The property looks NOTHING like the pictures. It's quite obvious that there hasn't been any maintenance done in quite some time. The advertised walking paths were not accessible due to the amount of tree overgrowth and poison ivy that had grown along the path closest to our cabin. The stream was beautiful, but the path to go see it was so steep that I slipped, landed on my rear and slid all the way down. So safety is definitely an issue. Directly out our front door was a broken down shed that collapsed from a tree falling on it, so not a pleasant view. There was a previous renter's glasses left on the porch, a completely burnt candle in a jar left on the porch, a broken broom and old broke fishing bobber left next to the porch. The cabin directly up from ours was not rentable and a broke down truck and car filled with junk were left in the driveway. The garden was so disheartening, because even though the grass was mowed between the gardens there were no flowers there at all and it was full of weeds. The barn in the garden was overflowing with junk and garbage. There was a pet cemetery near the garden with 24 headstones. There were fake autumn leaves randomly placed or just tossed in the yard, which we found odd considering there are plenty of trees to drop their "real" leaves. We had to pick up the garbage that was left near the fire pit. The man that we spoke to over the phone said that they would give us 5 pieces of wood to burn for $10, that's too much. Owner never greeted us with a welcome. We feel that we made a contract, so we didn't complain and chalked it up to lesson learned but,, we will definitely research better next year. I read that the owner has been renting for 31 years, but in our opinion there were a TON of rookie mistakes. We hope this review helps others. 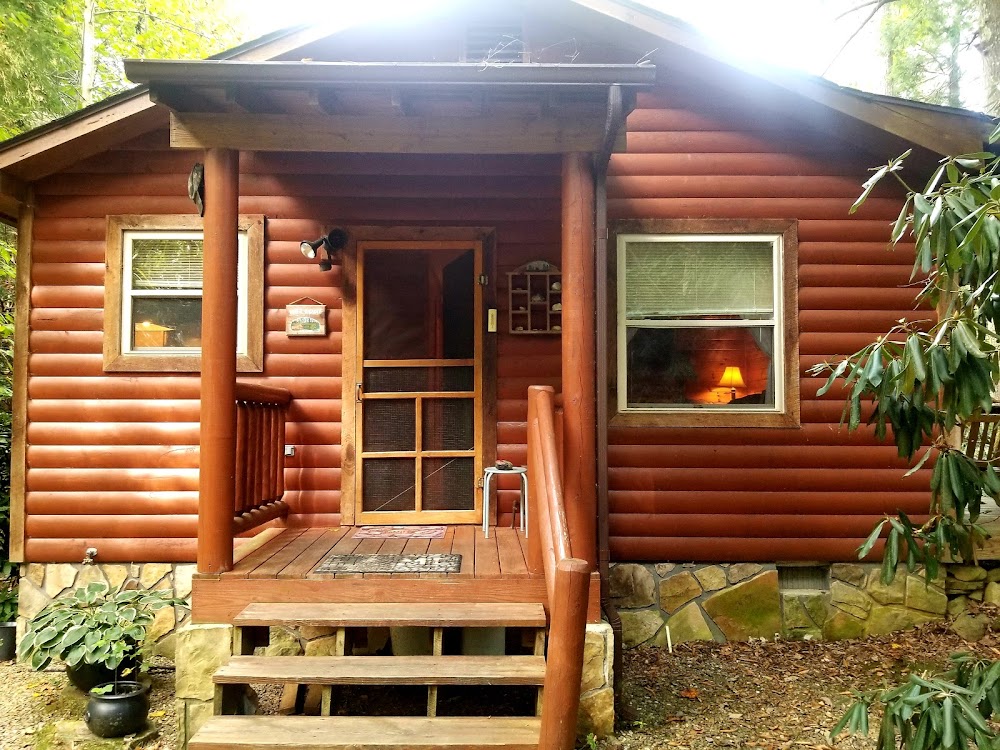